Everyone is interested to know the science behind how this picture was taken before the birth of the earth. Through our discussion today, we will tell the Universe Photo From 13 Billion Years Ago and all the stories behind it in detail through this article. Science has been studying space for a long time. We have already received the results of numerous studies. This image taken by the James Webb Telescope changed our understanding of the universe.

It is expected that through the James Webb telescope we will be able to know many unknown things about the earth and this universe. Maybe in the near future we will see or know things that we have never imagined.

NASA, the European Space Agency and the Canadian Space Agency built the James Webb Telescope at a cost of around $10 billion. Three Padma Bridges can be built with this amount of money. 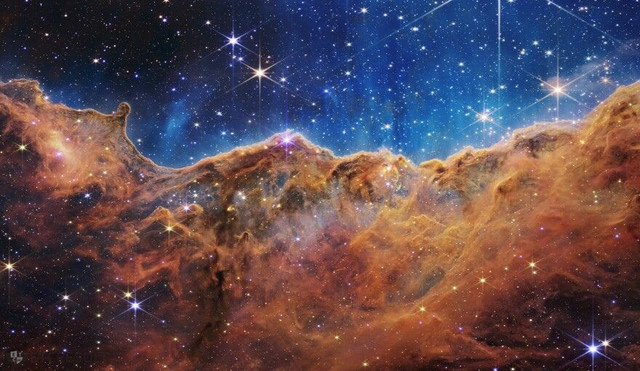 Located far from Earth, it is busy taking pictures of distant galaxy clusters. Recently, several images of galaxy clusters taken by this telescope have been published. It is believed that these images are from 4.6 billion to 1.3 billion years ago.

Universe Photo From 13 Billion Years Ago

We may have a question in our mind about how it was possible to take Universe Photo From 13 Billion Years Ago at this time. How the image of Earth’s birth and past was captured by the lens of this telescope. If you know about light years then you will understand this very easily. Our universe has no boundaries. Once upon a time the universe or galaxy milky way was all concentrated in one place. They spread through the Big Bang. The speed or expansion velocity of the Big Bang was so great that all the planets, asteroids and the Milky Way were scattered far and wide. We have also moved to a new place.

As we know light can travel very fast, it takes about 8 minutes for sunlight to reach Earth. The distance that light travels in one year is called one light year. There are stars that are far away from Earth and it takes billions of years for light to reach them. The light of these galaxies, 13 billion light-years away, is being captured by the James Webb Telescope after so long. Although we can see the picture now but this event is about 13 billion years ago.

How Was Taken the Universe Photo From 13 Billion Years Ago?

On December 25, 2021, the James Webb Telescope began its journey into space. The James telescope is located about four times the distance from the Earth to the Moon. This telescope is mainly sent for two tasks. One of which is to take a picture of the universe before the creation of the earth or about 1,300 or 1,400 million years ago by staying in a certain place. And another task of this telescope is to observe whether life is possible anywhere else in the universe apart from Earth. 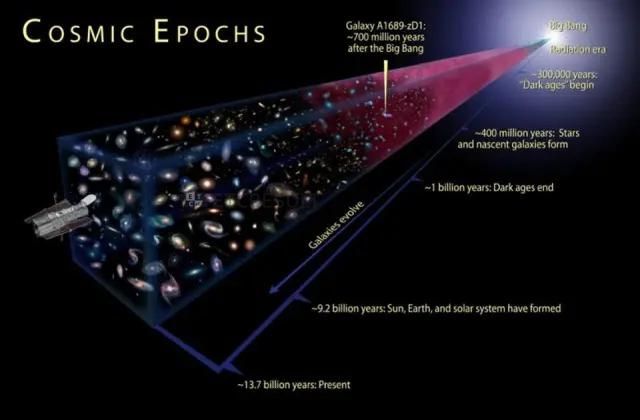 The bright white lights seen in the images above are stars in our galaxy. And distant galaxies are seen here as red or reddish in color. The nearest galaxy to Earth is 460 light years away. And the most distant ones are about 1,300 billion light years away. 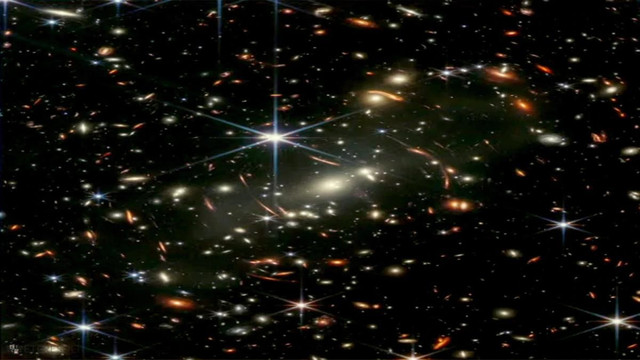 If we put a grain of sand on the index finger of our hand and extend the arm towards the sky, this is the image of the space that the grain of sand occupies or covers in the sky. There are about 10,000 galaxies.

About 100 years ago by the hand of the scientist Edwin Hubble, we first learned that after the creation, the galaxies are spreading around and the universe is gradually expanding. Scientist Albert Einstein, through his theory of relativity, stated that due to this expansion, the wavelength of light that reaches us from great distances gradually increases. That is, sometimes the blue light continuously turns into red light. 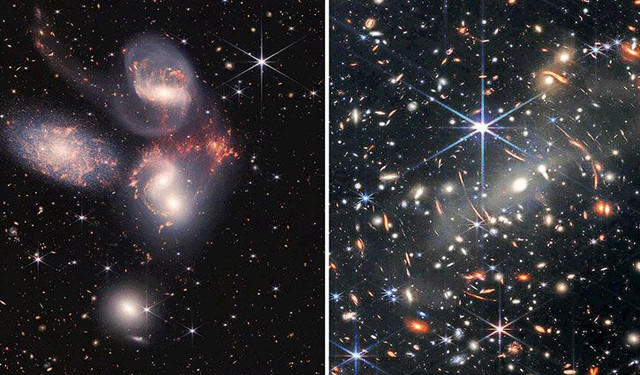 The first scientist Edwin Hubble built the Hubble Telescope and through it revealed old pictures of the universe. The image released by the James Webb telescope is much clearer and better than that of the Ball telescope. The amount of dust surrounding galaxies absorbs visible light and emits infrared light. So we cannot see these objects with the naked eye. The James Webb telescope works in such light.

Science is constantly moving forward. Every now and then we are getting to know information that was never imagined or possible before. Through the James Webb Telescope, we are currently seeing Universe Photo From 13 Billion Years Ago. Scientists hope that not only the Universe Photo From 13 Billion Years Ago, the James Webb Telescope will reveal horizons that will become landmarks for the Earth. Maybe in the future we will see something that will change all our ideas about the universe.

Various space-based organizations including NASA are working tirelessly day and night to find out many unknown things about our universe. We are getting the results of their suffering. The Universe Photo From 13 Billion Years Ago taken by James Webb telescope is a proof of that. This is how the world will move forward or maybe one day in this infinite universe other life will be found apart from humans.