At present, various vehicles have to pay around  80 taka to  3,940 taka to cross the river Padma. If the Padma Bridge is opened, as per the proposal, each vehicle will have to pay more than 100 to 6 thousand Taka. You can know all the information about the toll fare of Padma bridge from our discussion. Toll for cars and jeeps has been fixed at 600 Taka. Where you had to spend 500 Taka for a car or jeep on the ferry. According to the toll fare of Padma bridge, in case of big bus, the toll fare will be 2400 Taka and for medium truck up to 2,600 taka . 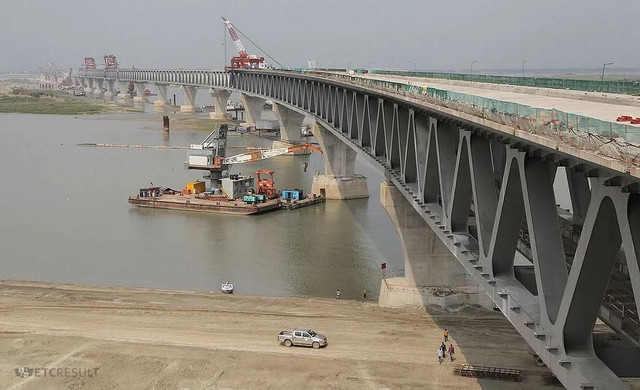 The toll of Padma bridge has been fixed. It has been approved to fix a certain amount of toll for all vehicles from small to large. All the construction work of Padma Bridge is expected to be completed by June 30. In the meantime, the Bangladesh Bridge Department has appointed a toll collector and a contractor for the maintenance of the bridge. The Bangladesh Bridge Division Authority has assigned two companies, Korea Express Corporation (KEC) and China Major Bridge Engineering Company (MBEC), for maintenance of the bridge and collection of tolls. Padma Bridge Toll List 2022.

Over the next five years, the two companies will introduce toll collection on the longest bridge in Bangladesh, introduce all modern methods of traffic management on both sides of the bridge and bridge and maintain other works.

How much is the toll of Padma bridge on any vehicle

The bridge department in Bangladesh has published a list of the toll on the Padma Bridge. Although the Padma Bridge was built with the money of the entire people, the passengers will have to pay a large amount of toll if they want to climb the Padma Bridge which will be launched from next June. All vehicles from small to large will have to pay from  70 to around 6,000 taka. Before you get on the bridge, you must know how much toll to pay for a vehicle. For your convenience, we have published the list of bridge tolls. Find out the toll list of Padma Bridge from our discussion. 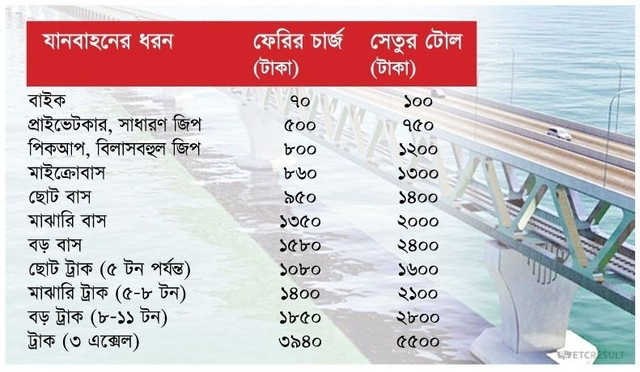 Who will collect the toll of Padma Bridge?

Many times the question arises among us who will collect the toll of this Padma bridge made with their own money? We are trying to remove your confusion through this discussion. Bangladesh Bridge Department has given responsibility to two companies for maintenance and other works of Padma Bridge including collection of Padma Bridge toll. Two multinational companies from Korea and China have been given this responsibility. Over the next five years, the two companies will continue to carry out all kinds of maintenance work, including toll collection on the Padma Bridge. For this work, the two companies will have to pay a total of Tk 693 crore in 5 years. Padma Bridge Toll List 2022.

The Prime Minister has approved the shell made by the Bangladesh Bridge Department for the collection of toll on the Padma Bridge. According to this cost, toll collection of Padma bridge will start from July 1, 2022. Home Loan : All about Home Loan – What is Home Loan? And How Can You Get a Home Loan?