In the Qatar World Cup, the teams are divided into a total of eight groups. There is Brazil team in Group G. Brazil is the number 1 team in the current FIFA World Cup ranking. Brazil’s first match in FIFA Qatar Football World Cup 2022 is on 24 November 2022 at 1 pm Bangladesh time. In Brazil’s first match, they will take on Serbia.

Brazil’s Performance in the World Cup

Brazil will face Serbia in their first group match on November 24, 2022 at 1:00 PM. Brazil’s Group Stage Match Schedule for Qatar World Cup is-

Strengths and weaknesses of the Brazilian team

Every team has some strengths and weaknesses. Similarly, the Brazilian football team is strong on the one hand, but on the other hand, it has some weaknesses.

Strengths: Brazil squad is balanced. However, Neymar’s attacking presence with Vinicius is a threat to any team.

Weaknesses: Brazil are always vulnerable against European teams. Having lost to European teams in the last four seasons, they had to withdraw from the World Cup matches. 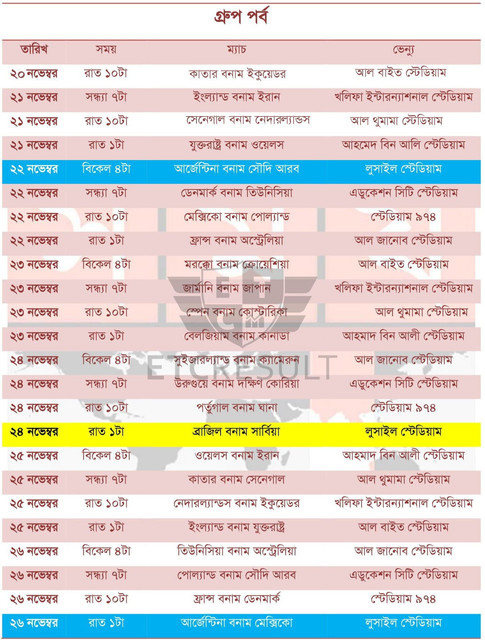 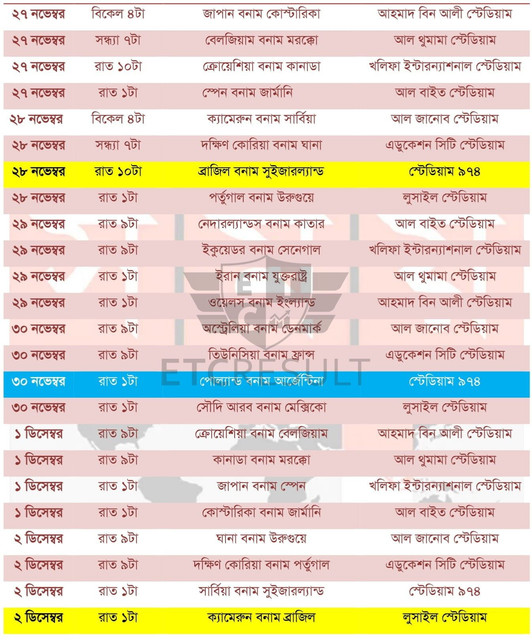 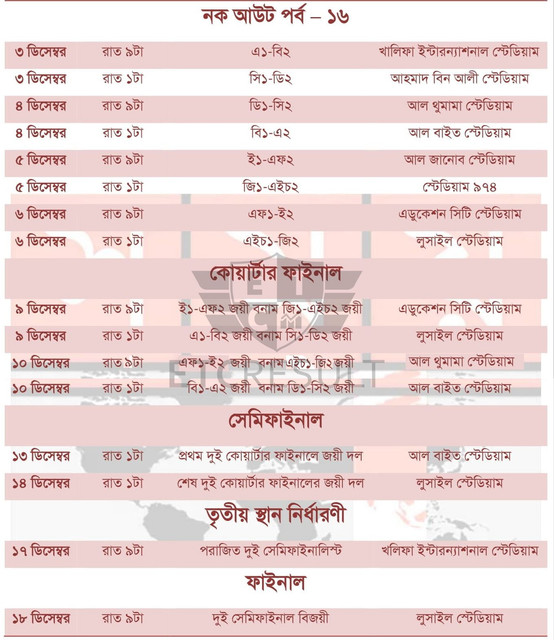